Why is my internet so slow? A lot of users are complaining about the issues with internet speed while surfing online. While the causes vary, TAP Windows Adapter V9 is one of the troublemakers responsible for the internet connection issue. Basically, TAP Windows adapter is an interface which allows users to establish VPN connection on their PC, but it could also result in slow or disabled internet. 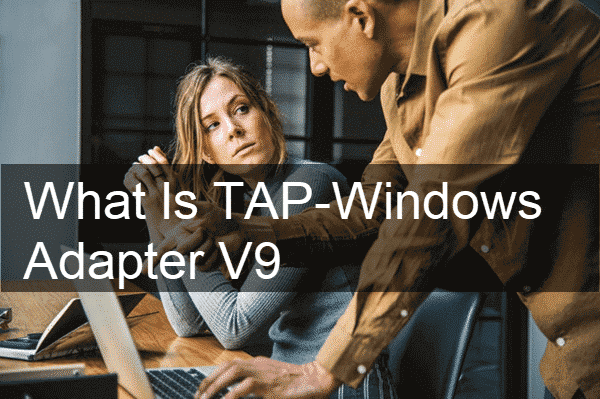 Many people have tried various methods to disable the option, but, more often than not, TAP Windows Adapter V9 keeps coming back after rebooting. First of all, make it clear in your mind that to establish a VPN connection, there is a need for an interface between the administrator of your PC and the VPN client so that the location settings can be enabled. And this connection between administrator and VPN client is made by an interface which is so-called TAP Windows Adapter V9. This medium interface also requires some essential drivers for its functioning, which are pre-installed or contained in the installer packages of VPN clients. That’s why you cannot simply remove this interface just by clicking on the uninstalling option.

Here in this article we will introduce what is TAP Windows Adapter V9 in detail and guide you on how to remove it permanently without disabling the VPN client necessary for work. You’re highly suggested read this article to acknowledge the full information regarding TAP Windows adapter V9.

What is TAP Windows Adapter V9?

If you look at the information of this interface with a detailed description, then you won’t find any drawback of this interface other than the lagged internet speed. So, if you do have a good quality internet connection at your home, then please don’t involve yourself in this matter. For those users who are facing this issue, then we will recommend them to proceed further with this tutorial.

The very next problem that users may face is that TAP Windows Adapter V9 keeps coming back after uninstalling. As we mentioned, there are some drivers which are installed in your PC in order to connect to the VPN client. There is no reason to uninstall this driver because every time you remove it from your PC, it will automatically get installed in your PC. The Windows adapter drivers may vary in different Windows OS:

When You Need to Uninstall or Delete TAP Windows Adapter?

Suppose you have been using VPN services of different clients and now you decide to stop using VPN services, then you may disable VPN client from your PC. Disabling VPN services will not uninstall adapter from your PC though. Instead, it will be present there and cause some errors in the functioning of PC. If you want to continue VPN services, however, then you have to reinstall the VPN client installer package on your PC. Reinstalling new installer package will bring new drivers with it and the presence of old drivers will also affect the VPN services. So, in order to have seamless VPN services, you must remove those old drivers present in your PC. This will also end the errors which are causing the poor internet connectivity.

How to Reinstall TAP Windows Adapter?

If the VPN client shows that there is an error in the driver source, then you need to reinstall whole VPN client installer package. It will surely reinstall the drives and adapter in your PC. In case it doesn’t speed up the network, you may switch to a fast and free public DNS server.

If you want to remove or delete the TAP Window adapter V9 manually, then you can do it very easily. There is very little complexity involved in this concept. In order to remove adapter tools and drivers permanently from your PC, you need to remove all the VPN clients and VPN authenticated programs and applications. Every VPN client or its associated program has in-built drivers present inside them. If you retain those programs, then TAP Windows Adapter V9 will automatically come back. So, make sure to remove each and every VPN program by following the below instructions:

Here you are all done in removing TAP Windows Adapter V9 from Windows. If this issue of drivers still occurs, then please go through the program list again.

We really hope that you have read this article till the end and now you are well aware of all the things and details about the TAP Windows Adapter V9 tool. All the queries and issues are welcome in the comments section below. You can also provide us some more information about this topic if you have some. We assure you that we will update that information in this article after having a thorough analyzation.