Admit it or not, WiFi has become a necessity for the life and work of many people. Most of the cases, WiFi is connected either in a computer or a mobile device, like a smartphone or tablet. However, what if you need to turn your laptop into a WiFi hotspot? It is super easy and sometimes can play an important role. Check out the top 7 free WiFi hotspot for Windows 10 PC in this article. 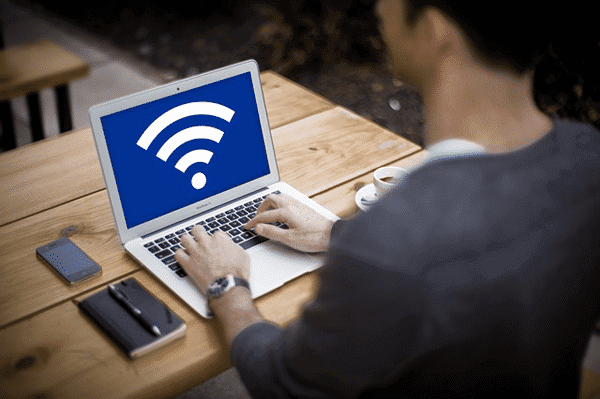 Wireless Fidelity or WiFi is a form of wireless technology that allows you to connect to the internet with the help of ISM radio bands. A router is something that helps the WiFi to get a stronger connection and increases the bandwidth. However, it is no longer the time when people have to log in 192.168.1.1 to alter settings on the router. Do you know that now you can now turn your personal computer (PC) virtually into a WiFi router? Yes, this is possible today with the help of various PC software that is available. Not only that, but you can also get software that can help to create a WiFi Hotspot on demand in your PC.

Let’s take a look at some of the best WiFi hotspot software for Windows so that you can choose the one suited for you.

Connectify Hotspot is one of the most popular software that can turn your PC into a WiFi hotspot. There are three versions of this software- one is free, and the other two (Pro and Max) are paid. The free version only allows users to share their internet through Ethernet or WiFi networks only. On the other hand, the two paid versions have the additional feature of sharing cellular data also. 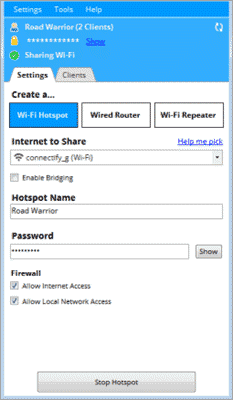 One feature that is common to all the versions of the software is the Real-Time Network Usage Monitoring along with ad-blocking for those clients who stay connected. Another and probably a more critical difference is that, in the paid version, users get to choose a custom SSID for themselves, several firewall controls and a wired router mode. All of these features are available at the cost of $34.98 per year in the ‘Pro’ version. In the ‘Max’ version, there is a number of bells and whistles, custom DHCP controls, WiFi repeater mode at the cost of $59.98.

mHotspot is a 100% free software with no separate versions like Connectify. It does not have any form of a premium version so that you can get all the features for free using the mHotspot. This WiFi hotspot software allows you to share ethernet, cellular network, LAN, and other WiFi connections with several other devices across various platforms such as that of laptops, mobile phones, tablets, personal computers, and PDAs. 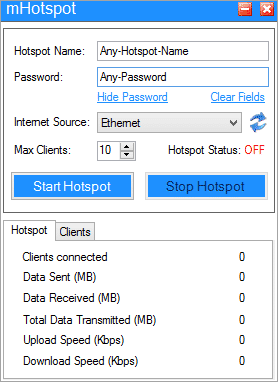 With a long list of features that are both effective and highly useful for the users, mHotspot falls towards the top of the line. It is now officially available in many versions of Windows, like Windows 7, 8 and 10. Users can connect up to 10 devices to this hotspot connection, which may also act as a repeater to increase and improve the range of the WiFi. 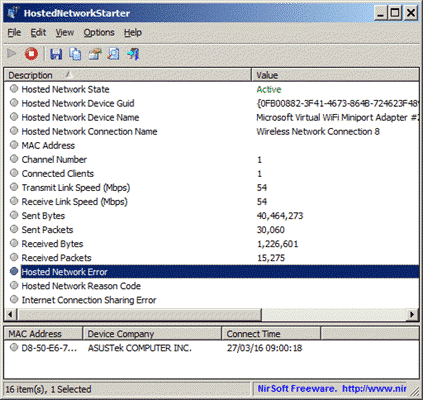 HostedNetworkStarter is supported on Windows 7/8/10, including both the 32 and 64bit versions. To use this beneficial hotspot software, all you have to do is download the zip file, unzip it, and run the executable file right away. You can increase the functioning of the software with the help of the command-line parameters.

Turn your PC into a virtual router using MaryFi WiFi hotspot software. It owns more features than the free version of Connectify and also supports all types of internet connections including the WiFi, cellular data, and ethernet. Like the other type of WiFi hotspots, the MaryFi can be used and shared by various devices. If you are looking to connect your devices such as mobile phones, tablets, laptops, gaming consoles, etc., MaryFi has got your back thanks to its fantastic feature of giving access to a large number of devices. Compatible with Windows 7, 8 and 8.1, but not with Windows 10.

Based on Chris Pietschmann’s Virtual Router project, Virtual Router Plus is one of the best WiFi hotspot software that is free and open-source. This software is written in the computer language C+ and is compatible on Windows 7 and 8, Windows Server 2008 R2, and Windows Server 2012. Some users have also found it to be working on Windows 10, effectively allowing an Android mobile phone to connect to the internet. 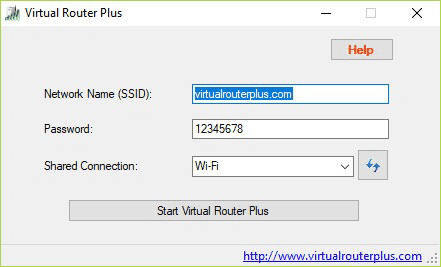 Virtual Router Plus does not require installation in order to work on the computer, all you have to do is download the zip file, open it and run the .exe file to get it started. The Virtual Router Plus does not contain any tracker on the user’s web activity, nor does it have any advertisements. It makes use of WPA2 encryption to maintain the user’s security and privacy.

Tip: While using any tools, even paid apps downloaded free from websites, it is suggested check for security in case of virus attack or infection. In case you need to recover lost files, don’t hesitate to choose the best data recovery software for Windows and Mac.

If you are looking for entirely free and easily accessible hotspot software for your personal computer, and then Ostoto Hotspot must be one of your options. Turn your laptop into a WiFi hotspot point for many devices with the help of the Ostoto Hotspot WiFi software for Windows. 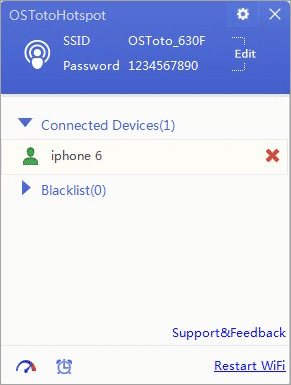 Last but not least, My Public WiFi is another software that you can use to turn your computer into a WiFi hotspot point. All the different types of software (except Connectify) are absolutely free of cost without any limitations or restrictions of any kind, and it is the same for My Public WiFi. Set up an internet access point just the way you did for the above software and allow various devices to get connected to this WiFi hotspot without any difficulty at all. With this software, you can also restrict certain kinds of websites through the use of the built-in firewall. 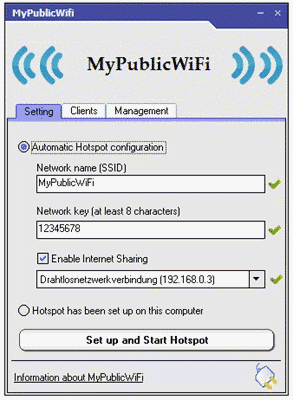 The list provides us sufficient information to recognize the perfect WiFi Hotspot software for Windows PC with absolutely no difficulty. Make use of these free tools and turn your computer into a WiFi hotspot hassle-free! If any of you have other opinions or alternative software that should be included in the list, then let us know in the comments section below and we would gladly take a note of it.